Today, I spent a few minutes following a course from Lynda – Java EE Essentials: Servlets and Java Server Faces. It was amazing how easy it is to set up the environment and get a application up and running on your desktop. Also later on can easily be exported into a production environment.

Here are four screenshots that I have taken while following the tutorial. The structure might looks a bit intimidating but those are all auto generated. And the only parts you need to modify is the html file under WebContent and the Servlet.java under Java Resources. Also, 90% of the code in Servlet.java are auto generated too.

In a nutshell, a few clicks plus a few lines of customized Java code, you just build an API using Java servlet! 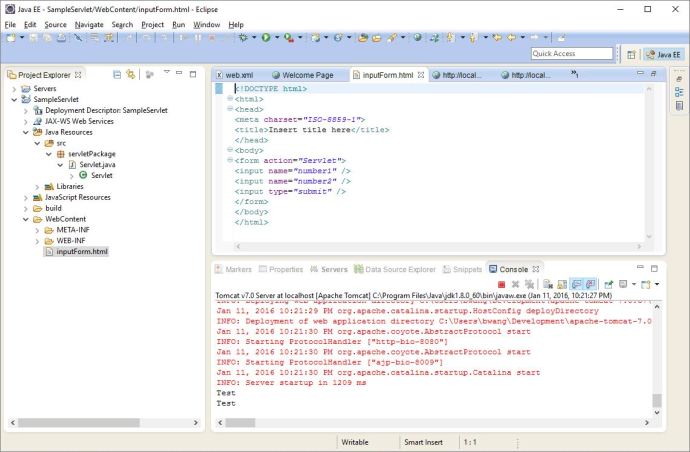 Source code for the Servlet.java 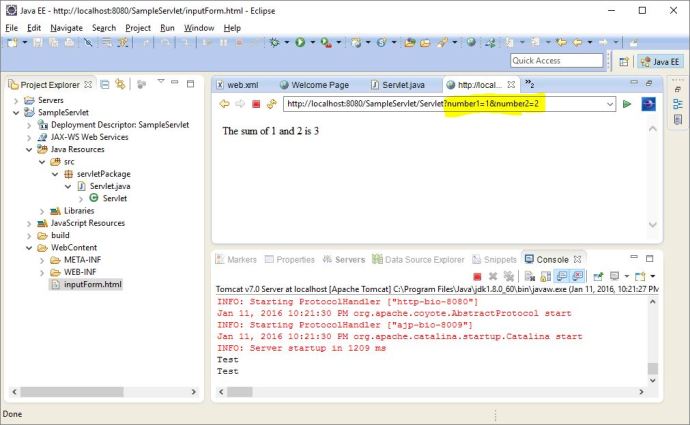