In HTML, there are many tags, especially the ones related to Javascript requires reference certain script, also somethings requires link to certain stylesheet by including a CSS file in the link tag. However, there are times which you can include all the necessary dependencies as static at the same environment where the site hosts, by including the relative path, or you can add in the complete path in a URL format that can be hosted anywhere on the internet (usually on a CDN Content Delivery Network).

There are several benefits to it:

There are also cases in which you don’t even have full control over the site that you are working on. For example, you could be developing certain subsection of an important website which you only have limited permission to edit certain section, uploading dependencies is not an option. Also, if you are writing a Chrome extension, you could be injecting certain script into the target sites to manipulate the page, however, it is not realistic for you to upload your dependencies to like github.com/mydependency.js.

Of course, CDN is way beyond just serving little script but can expand to any kind of content serving.

There are several sites like cdnjs.com which has plenty of Javascript modules or libraries. I came across this site called JSDelivr which looks like cdnjs.com but it has a few cool features like you can refer to any Github repos. 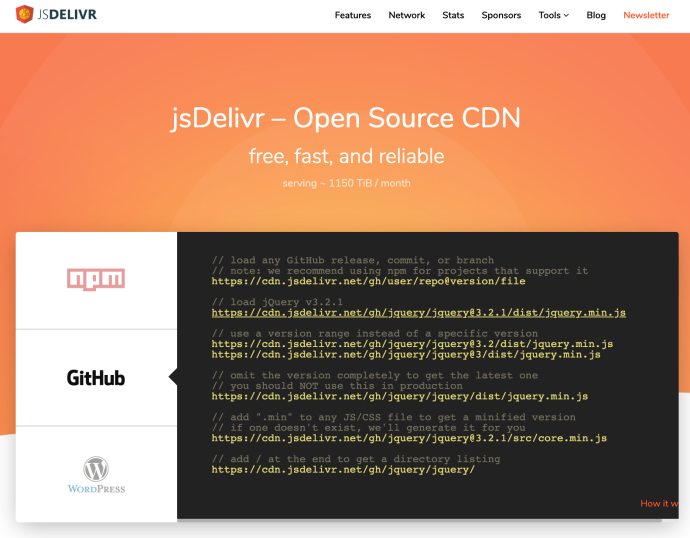 Of course, you can refer to any files on Github directly by using the link to the raw file hosted on Github. However, Github is just not meant to serve as a CDN and this solution sometime not as straightforward depending on the files types. 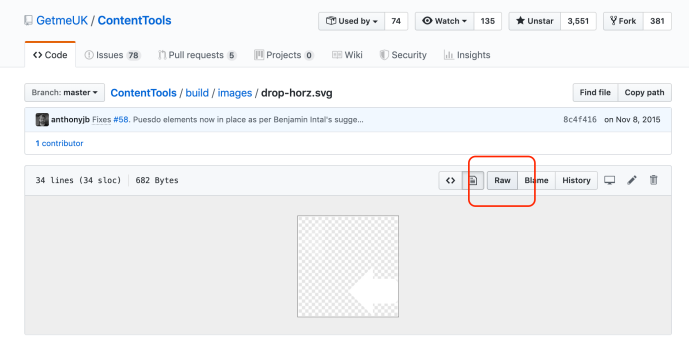 By using jsdelivr, you can simply prefix the Github path by some jsdelivr URL and you are good to have. I have managed to replace all my reference to certain Github material using jsdelivr and it works great.